I had just turned 19 when arrived in Cambridge in October 1979, with a full grant and a maintenance payment which meant it didn’t cost me or my parents anything.

I’d been brought up by my mum in a council house on one of the tougher council estates in Corby, Northants, and we weren’t in a position to pay fees or well-disposed to taking out loans and if it hadn’t been for the implementation of the Robbins Report I doubt I’d have gone to any university.

Find out about the Robbins Report

Corby was a thriving new town with a massive steelworks when we moved there in 1965, moving down from Tyneside with my mum and sister. One of my earliest memories is arriving in Brixham Walk, parking near a lamppost and walking from the road to the house in the dark. We lived there for the next fourteen years.

I wrote something about Corby library

A high proportion of the population of Corby were Scots, because of the migration of steelworkers from Glasgow over the decades. It was not to last – when I left in 1979 the steelworks was threatened with closure – and the blast furnaces closed in 1981. I graduated in 1982 and didn’t return.

The town is only just recovering from the blow – see  something I wrote over a decade ago about Corby.

I arrived in Cambridge a couple of days after my 19th birthday and it’s reasonable to say I was unprepared. When I got my letter offering me a place – as long as I got the requisite two ‘E’s at A level to qualify for a grant – my life shifted so fundamentally that it is more like it stopped and started again than that I made a simple choice of university.

St Catharine’s College – Catz – had been single-sex from its foundation in 1473 until 1978. The undergraduates who arrived in 1979 were the first mixed year, and the transition was profound, challenging the way the college thought about itself and allowing it to change in many ways.

For me having women in the college wasn’t unusual or unexpected – in fact, I can’t imagine how I’d have felt at an all-male college, given my background. I don’t remember whether I even asked about it when applying – at seventeen, I am not sure I really appreciated that gender segregation was a thing at university. Looking back on my politics at the time – or at least, what I can glean from a few essays and vague memories – I think I’d have chosen a mixed college if given the choice.

In reality it wasn’t a conscious choice – I applied to Catz because the deputy head of my school, Harry Maddams, had been there and it was the destination of all the students he pointed towards Oxbridge, both in his days when the school was Corby Grammar and after it had become Southwood Comprehensive.

It was thanks to him and to John Andrew, then the College’s Senior Tutor, that Cambridge became a possibility for me – Maddams presented it as something that was achievable, and Andrew visited our school and spent an hour with me making the place seem more real, less intimidating, and something I might enjoy. I sat the entrance exam, was invited for interview, found the experience stimulating and stretching, and got an offer.

When I arrived in 1979 it wasn’t only the gender divides that were changing. There was also a real sense that the class divides were shifting too, that the access to university for those from poor backgrounds made possible by proper funding and efforts to reduce the advantages enjoyed by those from private schools were having an impact. I even gained a slight degree of credibility from my council house, broken home, comprehensive school background.

I certainly never felt my background was a barrier as I dived into college life, joining the Rugby and Chess teams, editing the college newsletter Palimpsest (pretentious, us? surely not), writing the college panto, appearing in plays, and even making it into the University Challenge team (we lost, to Nottingham. Not that I’m bitter). 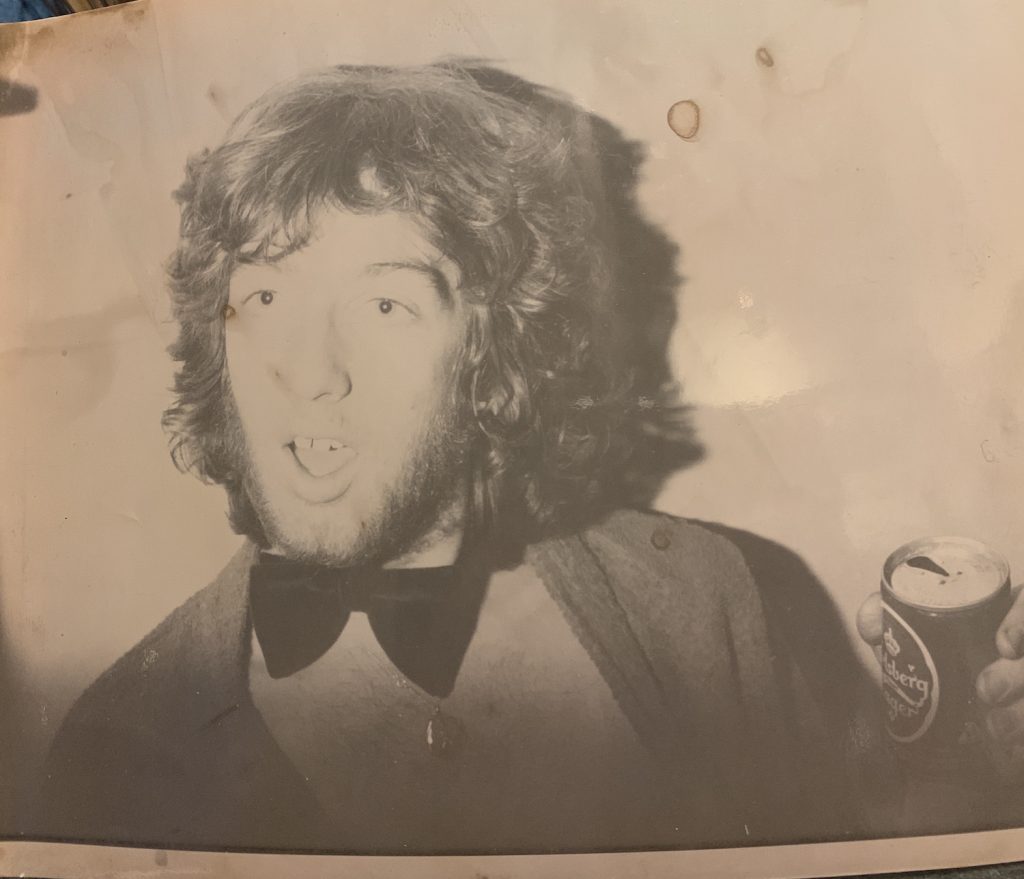 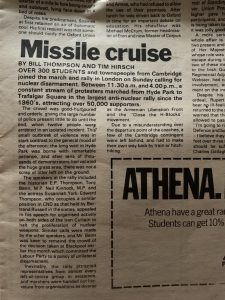 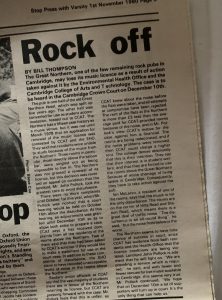 In my second year I wrote for the student paper ‘Stop Press’ along with Rory Cellan-Jones, Andrew Rawnsley and others (its name has since reverted to “Varsity” as a reflection of the changing attitudes to class that characterised the 90s). I joined the University Left. While I was doing the Diploma in Computer Science (84/85) I joined the Cambridge University Women’s Action Group, and was part of the men’s movement in Cambridge, setting up Cambridge Anti-Sexist Action. We held meetings, organised screenings of feminist films like Rosie the Riveter, and published a newsletter. And there were the Anti-Apartheid Campaign, Chile Solidarity and the Nicaragua Solidarity Campaign, all helping extend my horizons beyond the university and the city.

The time I spent at Catz prepared me for what came after, shaped what Jarrow and Corby had created.

I’m pleased to have been part of the wave of change at the University, but of course things have a lot further to go. I’m a white man, so already more privileged in this culture than most, and I’ve been able to take the boost Cambridge gave me and use it to negate whatever class and educational disadvantages I had at eighteen.

Many of my friends from Corby weren’t so lucky, while the amazing women who I was lucky enough to spend time with at Catz have had to fight a lot harder to achieve all they have. And of course the representation of people from other ethnic backgrounds at the university remains unacceptably low, while reports of gender discrimination and racism are common and need to be takena lot more seriously.

I remember visiting Disneyland in California for the first time in the mid ‘80s, and as we were enjoying ourselves Troy – who had introduced me to Cambridge feminism among so many other things – looked at the person wearing the Mickey Mouse head and said “it’s ok to enjoy the mouse, but you always need to remember who is sweating inside to make it fun for you”. You also need to look around and ask who isn’t there having fun with you, and why.

I know how much I owe Catz and Cambridge, but that doesn’t mean that I will ignore the many ways in which they perpetuate the systems of oppression that stain our world. All of us who have benefited so much from our time at Cambridge have a duty to speak out and do what we can to make it a place where everyone can thrive and feel supported, rather than a machine that perpetuates injustice and inequality. After all, we’re told we are members of the university and college for life, so it remains our problem.