On September 21 2009 I sat with Roly Keating, at the time the Director of Archive Content for the BBC, outside this Starbucks in what was the BBC’s Media Centre, and talked to him about taking on a six month role to work in his team as the Head of Partnership Development. It was a quick job, sorting out a partnership strategy for the recently formed BBC Archive Development team run by Tony Ageh and setting up a couple of key agreements.

I’d been asked to go for the job by Tony as he and I had worked together back in 1994 when he ran The Guardian’s innovation group, the PDU, and I’d come over from PIPEX to run the New Media Lab and build the first iteration of The Guardian’s online presence. We’d stayed in touch since, and I’d been involved after he had arrived at the BBC in 2001. After working to develop the website and iPlayer, Tony was currently trying to make the archive more accessible, especially to other cultural institutions.

I’d been freelance since leaving The Guardian in 1996 and the idea of having a ‘job’ didn’t really appeal to me, but this was a year after the financial crash and the prospect of six months of guaranteed income appealed quite a lot. Plus, I knew and trusted Tony and liked Roly, so I thought it would be interesting to engage with the BBC archive.

I started at the end of October, and quickly discovered that Roly and Tony had big ambitions – Roly wanted to get the BBC television archive digitised and available, which wasn’t surprising as he was a TV executive and former controller of BBC Two, while Tony saw alliances with other collection holders as key to creating a wider vision of an online space which was free of commercial pressures and surveillance- the thing that we ended up calling the ‘Digital Public Space’.

Both were worth doing, but they were… complicated. The six months became a year which became two years which turned into a permanent role, and it wasn’t until 2016 that I moved away from the archive development team, after Roly had left to run the British Libary and Tony had gone to do digital things at the New York Public Library.

Working with amazing people like Mo McRoberts, Jake Berger, Hilary Bishop, and Richard Leeming we had built the first iteration of The Space, developed the Research and Education Space, supported a five year research programme called the Creative Exchange, made news footage from 1970’s Northern Ireland available for academic reseach, digitised the BBC Shakespeare Archive (and put some of it on an interactive touchtable in Birmingham central library) and The Great War rushes, and helped people to think about the way archives work in an online evironment. As I like to say – watching an old television programme is the least interesting thing you can do with it, so we were trying to make other things possible. We did some very fine things.

I’m now in BBC Research and Development, looking at the things the BBC can do that aren’t based around radio and television programmes, and finding ways to take full advantage of the internet to support and sustain us rather than divide and damage. Peter Rippon is now pushing the vision of the archive as something more than the world’s biggest video rental store, and doing good work. 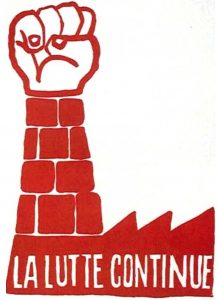 The struggle continues, and it’s been profoundly rewarding in so many ways, not least because of the great people I work with and the knowledge that the BBC is driven by a real desire to make the world a better place for everyone, whatever some well-known former presenters may say in their curmudgeonly memoirs.

I am so grateful to have had the chance to be part of it, and to continue to be part of it. In these dangerous days, we’re going to need the BBC as much as we have at any time in its history, and I plan to do everything I can to ensure that it is there and able to make a difference.